Home » What is DB25?
Previous Next

DB25 denotes a D-sub with a 25-position shell size and a 25-position contact configuration. The contacts in each row of these connectors are spaced 326/3000 of an inch apart, or approximately 0.1087 inches (2.76 mm), and the rows are spaced 0.112 inches (2.84 mm) apart; the pins in the two rows are offset by half the distance between adjacent contacts in a row.

This spacing is called normal density. The suffixes M and F (for male and female) are sometimes used instead of the original P and S for plug and socket.

The widest application of D-subs is for RS-232 serial communications, though the standard did not make this connector mandatory. RS-232 devices originally used the DB25, but for many applications the less common signals were omitted, allowing a DE-9 to be used. 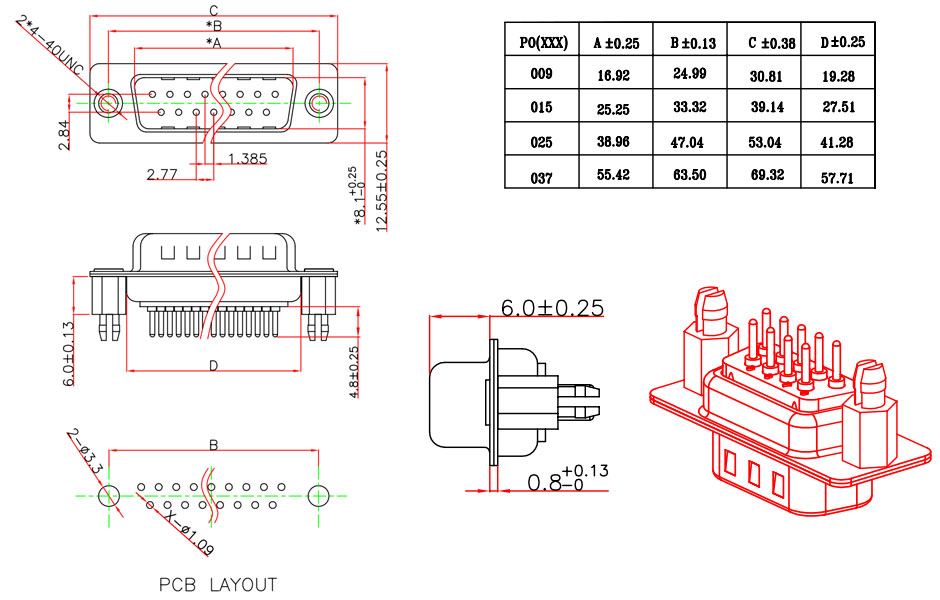 You may also like What businesses does SIGNALORIGIN engage in?

If you’re interested in purchasing 25 pin D-sub connector, be sure to check out the wide range of standard and custom products from SIGNALORIGIN.

Learn more about our Electrical connector